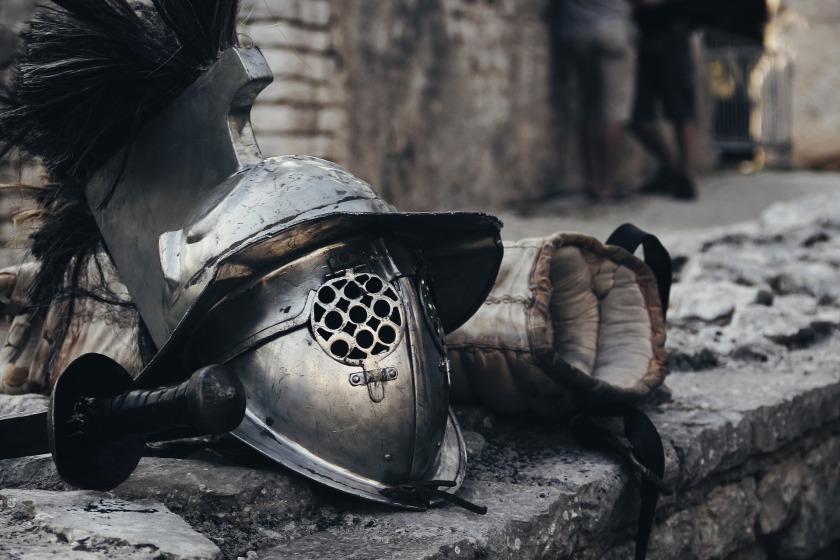 We are told to demolish the strongholds in our minds. What is a stronghold? A stronghold is a fortified place occupying the mind. It is like a data center that we don’t know exists. That data center skews our image of God, who God really is. It’s often centered around fear. It is a place from which battles can be launched. It impacts our thought system. A stronghold is fashioned when you are deceived about who God really is. It important to understand spiritual battle is being waged for how each of us thinks about God. We need to understand how incredible God’s love for us is.

A lofty opinion sets itself up against God. What we set our mind to think of becomes part of the mindset. When we allow thoughts to enter, they become part of a data center, which becomes a stronghold. Pain can be a stronghold. When the pain comes in, it takes us captive. Place the name of Jesus above the place of pain. These strongholds are instances where the enemy has been able to gain ground. Again, consider lofty thoughts. One lofty thought that we must contend with says, “If I was God, I wouldn’t have done it that way.” It’s a common example of a pretentious thought; it often sounds innocent. Yet, it defies reality. God’s plans are perfect. Lofty ideas are prideful reasoning, that invites assault. Therefore, humility is needed. These important points are explained in more detail in this message, delivered by Dr. Dowdy on March 1, 2020.

2 Corinthians 10:3–5  NIV
3 For though we live in the world, we do not wage war as the world does. 4 The weapons we fight with are not the weapons of the world. On the contrary, they have divine power to demolish strongholds. 5 We demolish arguments and every pretension that sets itself up against the knowledge of God, and we take captive every thought to make it obedient to Christ.

Special Healing Prayer: Lion of Judah Worship Center includes time for Holy Spirit directed prayer. The entire service has been separated into three parts. We encourage you to enjoy all three, as a three-course meal!

“For assuredly, I say to you, whoever says to this mountain, ‘Be removed and be cast into the sea,’ and does not doubt in his heart, but believes that those things he says will be done, he will have whatever he says.” Mark 11:23

We believe in God, the Father, Almighty, and in Jesus Christ, his only begotten Son, our Lord, who was conceived by the power of the Holy Spirit, born of the virgin Mary, suffered under Pontius Pilate, was crucified, dead, and buried. On the third day he rose again according to Scripture. He ascended into heaven and is seated at the right hand of God the Father, from whence he shall come to judge the living and the dead. We believe in the Holy Spirit, the third person of the God-head, who revealed himself on the day of Pentecost. We believe in the gifts of the Spirit and their continuous operation in the body of Christ. And we believe in one holy, universal, and apostolic church. Amen.

We conduct spiritual warfare. It begins with us as we speak God’s word and speak to our bodies, minds, and emotions. Therefore we make a faith confession which says: “Satan, in the Name of Jesus, I declare this body a sickness-disease-free zone. Every germ, virus, bacterium, etc., that touches this body dies instantly in the name of Jesus, who bore my sicknesses, carried my diseases, and by whose stripes I have been healed. Therefore I command life into every cell in this body, I receive healing for my emotions from every past embedded hurtful, fearful memory. I speak active deliverance from the law of sin and death, according to the finished works of Jesus the Christ, the anointed and His anointing.”

Join us online at mumble.com for live messages Sunday’s at 10:30 a.m. See our Facebook page for more details.

Copyright © 2020 E. C. Dowdy. Written and audio material may not be reproduced without written permission.

This site uses Akismet to reduce spam. Learn how your comment data is processed.